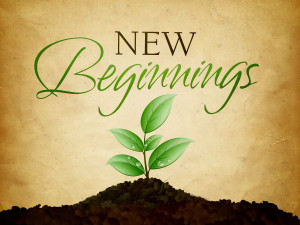 Well. I lost my job today. I feel like the rug has been snatched from under me. All of the plans I had made for my future: improving my credit score, establishing a budget and savings plan, becoming a vital breadwinner within my house of five have come crumbling down. Now I know these plans can be reestablished in the future, but as of right now, everything has come to a standstill. Thankfully I am in a position where I can afford to pay my bills for two months, but then what? This has completely blindsided me and forced me out of the comfort I had just began to feel.

To understand where I’m coming from, you’d need to know my backstory. I have 4 degrees. Yes, 1-2-3-4; the last of which is an MBA which seems to have caused more problems than it alleviated. You’d think after graduation that jobs would be knocking at more door, but the reality is that I don’t have the agency experience necessary to land a job in the pr industry. In September, as I finished up my final class I realized that I’d have to humble myself and get an internship. I worked in customer service for a grocery store, and I couldn’t stand the thought of slaving away in retail with a master’s degree under my belt. I had to figure it out.

I emailed at least 30 public relations firms my resume. Only 1 got back to me with an internship opening. Immediately after interviewing, I was “hired”. My plan was to intern for 3 or so months, and then start applying to agencies to see if something would work in my favor.

My educational background in English and information technology helped me stand out during my internship. After about 4 days on the job, I was hired. Amazing, I know. Even as I sit and write this blog post, I have to acknowledge how much of a blessing it truly was. I was in my industry! I’d defied the odds and bypassed the internship stage.

During my first few weeks as a full-time employee I established a plan. I needed to ensure that I at least made it through a year of employment in my current position. That invested time would allow me leverage to apply to other agencies if I wanted to. Understanding what needed to be done, I got to work.

I watched those around me and learned all that I could. Although many of the other employees were new to the pr industry as well, they’d all had previous internships and/or related jobs that provided them with a broader skill-set. After about a month, I learned to fit right it, meeting the publicity needs of the clients I oversaw. Around the third month I got comfortable. I knew what needed to be done, what I needed to do in order to further myself in my career, and I had a plan of action that was set in stone.

February 2nd, it all changed. I’d noticed that clients were dropping left and right, but I didn’t think it would affect me since they weren’t accounts that I was directly assigned. Boy was I wrong. My boss came in and told me that the firm’s financial situation had gotten to a point where he was personally coming out of pocket to pay his staff. He had to alleviate some of the financial strain, and since I was the last one in, I’d have to be the first to go. He acknowledged the work I’d done and the potential I had with the company, but that didn’t translate into the money he desperately needed.

Today, at 11 am February 3rd, 2015 I was let go. I remained strong throughout the entire “scene”, but the moment I got in my car and reality sunk in, I broke down. I was angry because there was nothing I could have done or said to keep myself from being fired. I’d lost my job in a whirlwind style that mimicked the way in which I initially was hired. Once again, as I write this, my head is spinning. I’m confused. Disoriented.

I took the rest of the day and cried it out so that I could regain my focus. Around 8pm one thought hit me. I will never allow myself to be in another situation where everything can be taken away from me based on one decision. I cannot allow one job to dictate my survival, and I damn sure won’t leave my success in the hands of a boss.

I don’t know where this journey will take me, but I know one thing: I am ready. I hope you guys enjoy the ride as well. I guarantee it’ll be bumpy.